Logbooks for your talent! 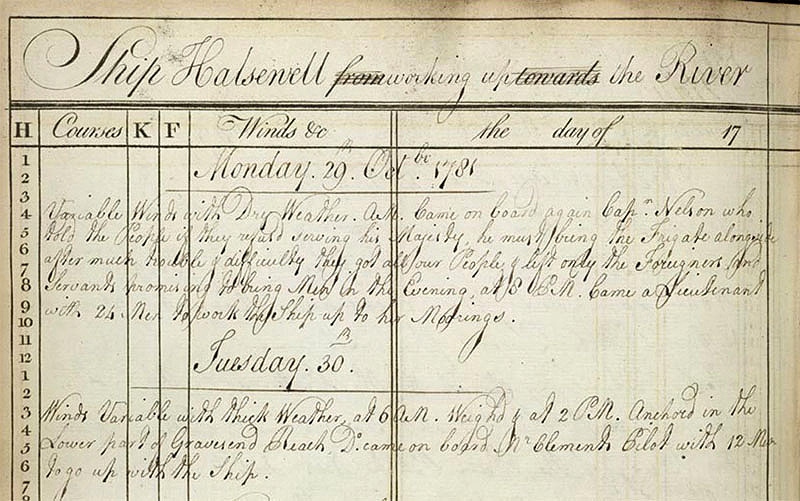 A couple of years ago I was sitting in a conference room getting ready for the coaching session with one of my coachees. She came in and sat down and looked at me with what I interpret as a dejected sad exasperated look, she then made the sound that one hears when a truck lets the air out of its brakes sounded like this “pffffffff.”

“Well, there goes my promotion!” she responded.

She went on to explain how her boss got a promotion and was moving to Beijing – soon!

She’d been expecting him to support her at her future calibration session which was due in a few months. As he had known her for years, his reference and support was important to her. With his help she would definitely get the promotion she’d been waiting for! Without it, she was clearly worried.

She was now confronted with what she called “a newbie leader” who was not familiar with the organization, or her accomplishments. My coachee went on to say how her previous boss had already moved to Beijing.  She felt that her promotion may not come to fruition without the old boss’s support!

I remember asking “Samantha what’s the status of your logbook we discussed several months ago?” She replied, “Oh, yeah we talked about that once. I never really did it because I never thought it was necessary, I always thought my boss knows me so well!”

As we discussed the departure of her boss, Samantha realized how important and useful her logbook would be at this time!  We agreed that she would go off and create her logbook immediately.

Let’s focus on logbooks. A logbook is what ships use to track everything: course, wind speed, fuel consumption, temperature… you name it. A captain and his team usually make their entries every night. So, if you want to track what happened during a voyage from a factual standpoint, you consult the logbook.

If that’s valid for seafarers, it’s also valid for offices and places where we need to substantiate what we’re doing, because logbooks allow a systematized approach, allowing rapid recall.

Logbooks are an opportunity to gather facts and figures.  Most people, when needing to recall information, use their memory which generally goes back about two weeks on average, meaning moving past “recency” is a problem.

Let’s imagine you are at work you get an instant message from the new HR person. Imagine they invite you up to do their office because they are doing a HR overview of everybody on the team.

“Hello, great to meet you. How about coming up in 20 minutes for a mini people review. I’d like to see over the last 12 months what your people have been working on, what their strengths are, what their development points are, as well as metrics / key performance indicators.”

What a challenge. Would you be ready in 20 minutes? With 10 talents in your team, would you be ready to talk about each one of them and their progress in 20 minutes? Providing a complete overview of your people? From memory recall alone, this is a near impossible task! Most leaders say they would not be ready or comfortable doing so. Most would need to look at emails, tables, schedules and development plans. Very few leaders without systematic factual logbooks could do this.

Encourage your people to log themselves – with added elements and feedback from you. In addition, my encouragement is to log your own performance too – that means sections for:

A key benefit is that you will never have to face the recency effect — reconstructing a whole year– once your logbooks are in place.

One important element about logbooks: in the logbook only write things down that you wouldn’t mind being printed in a newspaper. Don’t write interpretations, exaggerations, minimizations, untruths or assumptions about people, write only facts, such as…

… this “brought the project in on time” “saved 20%” “demonstrated a turnaround in this industry” “increased sales 5%.” Also, add the things that people are working on from their development plans.

Now back to Samantha – whose boss did indeed move to Beijing. She came to see me two weeks later with her logbook and placed it on the table explaining how much time and effort she put in to it! She then walked her new leader through it and was pleasantly surprised at the reception of her professional approach. The calibration session was a success, and she got her promotion!

Here we are in the middle of Q1, 2021– a great time to start logging. You owe it to your people to initiate this, it’s in their interest AND in your interest as a leader to do this for your talents.

I’d be curious to hear what systems you use for logging information; some people use Excel,

It doesn’t matter what system you use, the important thing is to log early, often and regularly and discuss it with your people in your periodic and regular one-on-one sessions.

Be leaderlike, successful by design, not by chance, through conscious responses, instead of unconscious reactions. Enjoy the logbook.

← The Annie Story: When did slavery end? The Affirmative Use of Not →